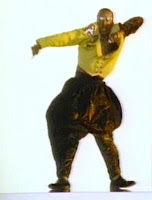 Business Secretary Vince Cable today announced a plan to ease the burden of regulation on small businesses in a bid to boost the economy. The plans would include a three-year break for small businesses from new regulation in addition to scrapping plans for extending parents’ right to request flexible working and scrapping new rights for time off to train. The government has also vowed to review some 22,000 existing government regulations on business, with ministers forced to justify maintaining any that are challenged.

Now this is all welcome stuff, but the government has managed to completely ignore the regulation factory numero uno – that is Brussels – instead opting for a “can’t touch this” approach.

When it comes to business, the EU is the main driver of regulatory cost in the UK. EU regulations do come with benefits, we don’t deny that. But a lot of it is unnecessary or overly burdensome.

We can argue about the counterfactual (i.e. would the regulations have existed in the UK anyway), but what becomes clear during exercises like these is the extent to which the UK (and other member states) have lost control over their own regulatory reform agendas, as a huge number of laws are now locked in at the EU level. Changing an EU law requires re-negotiation and agreement amongst 27 different member states and the regulation-obsessed bunch that is the European Parliament.

Despite the fact that scrapping or amending unnecessary EU regulations could save the UK billions of pounds each year, and generate billions more in various dynamic effects, the Coalition has chosen to look the other way.

The problem with this approach is the familiar dilemma: you can leave EU regulation alone, but EU regulation will never leave you alone. The recent extension of the Gender Equality Directive by the ECJ to ban price differentiation between men and women should serve to illustrate this point (a ruling expected to cost the UK insurance industry an additional £1 billion).

And here are a few graphs showing the regulatory cost stemming from the EU to the main departments dealing with business regulation: 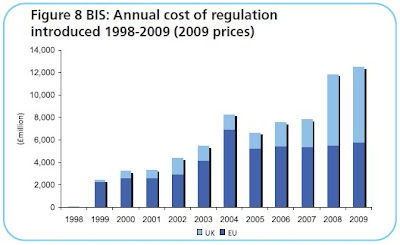 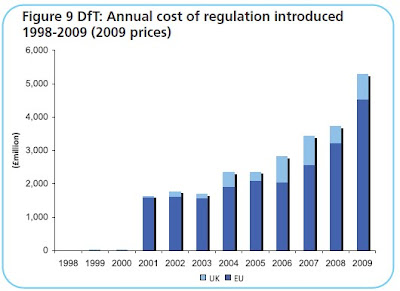 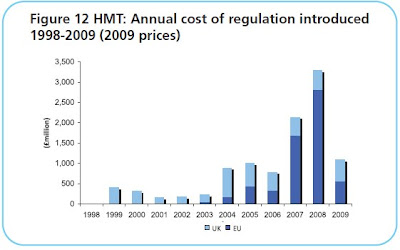 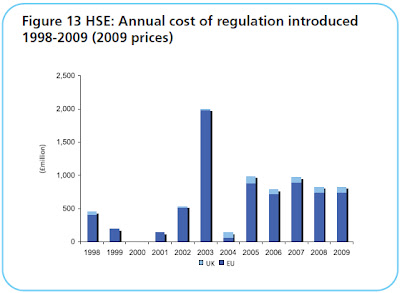 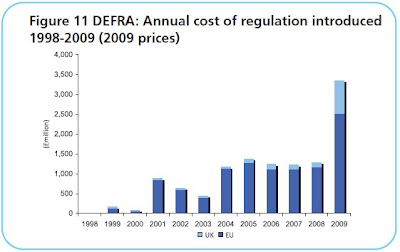 It’s hard to better illustrate why any attempt to tackle regulation that doesn’t focus on the EU level simply isn’t credible. We would be lying if we said that the Coalition’s refusal to engage with EU regulation doesn’t frustrate us. In fact, we’ll soon publish a list of EU laws that the Coalition must seek to re-negotiate. So do watch this space.