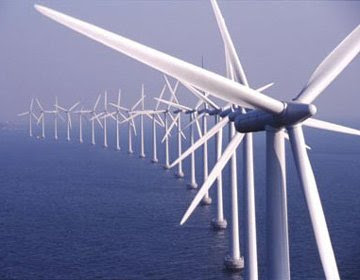 An increasing number of countries in Europe are beginning to suffer from what can best be described as ‘green fatigue’. In fact, the mood has changed radically since March 2007 when EU leaders agreed to their ambitious green targets.

This is particularly obvious in Germany, Europe’s industrial powerhouse and paymaster.

Over recent days, the EU’s directive on biofuels (soon to be overtaken by the Renewables Directive) has been absolutely hammered in the German press. As it stands, the Directive requires gas stations to sell fuel with 10 percent ethanol content – which has triggered boycotts, due to drivers’ fears that the new fuel will harm their vehicles.

“All EU countries were supposed to have introduced E10 by the end of 2010, but only France and Germany have complied. And problems have not been limited to Germany. Because of slight differences in the E10 biofuels used in France, the ADAC, Germany’s largest automobile association, is recommending that German drivers avoid E10 fuels should they cross the border into France.”

In a comment, Handelsblatt criticises the Directive, arguing that due to rising food prices and environmental concerns “In 2008, EU Energy Ministers opposed extending the share of biofuels to beyond 10 percent”. But, it notes:

“That isn’t the end of the story however…Stable or falling prices for farm products, about which the agricultural lobby – led by France – is complaining, will be a thing of the past. The ones who need to pay, are consumers. In Europe, but especially in developing countries.”

It concludes: “to burn food in order to obtain fuel is just a crazy idea.”

We’ve warned against the EU’s biofuel policies on several occasions, for example in January 2008, when we wrote that allocating more resources to biofuels would be a serious mistake:

“Biofuels are only likely to achieve between 0.9% and 1.1 % reductions in total EU emissions. This is a serious misallocation of resources. If the huge expense of achieving the miniscule reduction in greenhouse gases through biofuels were to be redirected towards reforestation projects, almost 28% of the EU’s total emissions would be saved. Even if it were to be redirected towards (relatively cost inefficient) renewables (at current costs), these funds would deliver a 2 – 5% reduction.”

Meanwhile, the European Commission has just announced that EU climate policy will cost €270 billion annually, over the next 40 years. This is a massive amount. But the Commission is still intent on raising the EU’s targets from the current levels of 20%.

“The ability of European industry to compete internationally will be undermined as a result of unilateral climate change targets. Energy-intensive production, for example of metals, is merely being transferred to third countries (…) without improvements to the world’s climate. The Commission doesn’t ask itself these fundamental questions.”

To be fair, Germany’s Commissioner in charge of the energy brief, Günther Oettinger, has been very critical of his own institution’s attempt at raising CO2 targets. “I believe 20 percent is the right, middle way,” he said, warning that if the EU would go it alone, “than we not only lose jobs, taxes and social contributions. We will also have no reduction of CO2 levels.”

He seems to have lost, though, as the Commission has just announced that it will be pushing for a 25% target, up from 20% compared to 1990 levels.

Still, opposition to the EU’s green agenda – agreed at a time when Europe’s economy was booming and the EU was looking for a new role for itself (the ‘world peace’ theme was getting a bit dated) – is clearly growing.