The Robin Hood tax: take from everyone and give to the EU 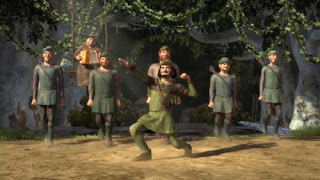 The European Parliament today backed calls for an EU financial transaction tax (FTT). MEPs say that their version of the FTT comes with at least two great merits:

– it’s a simple way to raise revenue
– it brings the financial sector to account and deter short selling.

MEPs, we suspect, feel that targeting greedy bankers is the only way to sell an EU tax to an increasingly sceptical public – EU tax proponents is a minority cult. So in the minds of MEPs, two negatives equal a positive. Right?

First, the idea that an EU financial transaction tax could feed straight into the EU budget, as MEPs propose, is fiction. For one, the complexity of financial transactions and the difficulties involved in working out a sensible burden sharing arrangement between member states with massively different levels of financial activity – as well as a fair methodology for deciding what, exactly, should be taxed – make it wholly inappropriate as a tool for funding the EU budget. This is particularly true as greater simplicity and transparency are often cited as key reasons for introducing an EU tax (as opposed to the current – and admittedly complex – system, which combines VAT receipts, contributions based on GDP and ‘own resources’).

MEPs say that they hope to raise £20bn in the UK through a transaction tax, but this estimate seems, quite frankly, to be plucked out of thin air. Using MEPs’ own methodology (which isn’t really a methodology at all to be honest) the burden on the UK is more likely to be between £40bn and £180bn.

Data on financial transactions are as patchy and opaque as the EU institutions themselves, which make it very difficult to nail down what kind of figures we’re talking about.

But the World Federation of Exchanges, for example, put the level of financial transactions in the UK at £600tr (for 2009). This would put the impact of the tax at between £60bn (at an incidence of 0.01%, which is the lower end rate proposed by MEPs) and £300bn (at 0.05%, which is the higher end rate proposed by MEPs). If we limit the tax to just derivative, equity and bond trades – which MEPs have proposed – the impact falls to £40bn – £180bn (at same rates).

So, without any adjustments or burden sharing arrangements, the UK would send up to £180bn to the EU’s coffers under this proposal! This will of course never ever happen, but it should serve as an illustration of how poorly thought through MEPs’ proposal is.

Equally important, contrary to what MEPs seem to believe, this will not be an exclusive tax on rich Londoners or bad bankers. Instead, the cost will be passed straight down to consumers and the real economy (through higher borrowing costs and higher commodity prices, for example) – everyone will have to cough up.

Better regulation and carefully targeted taxes from national governments – or via global coordination – are much better options. As even the European Commission has admitted, with EU taxation commissioner Algirdas Semeta saying:

“With regard to a financial transactions tax at EU-level only, I firmly believe that it is premature to commit to such an option. In fact, taking into account the potential impact that this could have on European competitiveness, it would be irresponsible to proceed with such a tax”

There is also the significant question mark over where, how and why this additional money will be spent. Somehow we don’t take huge comfort in the thought of MEPs all of a sudden having billions in extra cash to play around with.

In any case taking from a large tax base and redistributing the money to a very small EU elite – which operates several levels removed from citizens – doesn’t sound very Robin Hood-like.