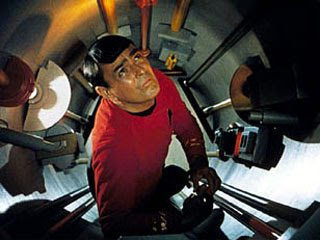 We have been quick to criticise the EU’s vast efforts dedicated to ‘improving it’s image’ with citizens in the past but we’re almost starting to feel sorry for the ‘communications team’ behind them.

Well not really, obviously, but when the ECJ makes daft decisions, like it did this week when it ruled to impose unisex insurance rates, increasing costs for consumers in the process, you really do have to wonder whether the EU’s taxpayer-funded PR machine can cope.

With some exceptions, the public and media reaction across Europe has been a mixture of anger and bewilderment . Yesterday, picking up on our briefing on the ruling, a leader in the Times argued:

Many great changes have been made in the name of equality. Forcing women drivers to pay higher car insurance premiums is not one of them. It is extraordinary that the European Court of Justice has decided that what women drivers pay, for the simple act of getting behind the wheel, is a supranational issue. But having done so, it will have made many ordinary people aware for the first time of just what a complex web of issues is increasingly decided by a remote court that is suffering acutely from mission creep.

Unlike the prisoners’ votes furore that was limited to the UK, this case has also stirred others across Europe to speak out against the judicial activism of Europe’s supranational courts.

Rarely has a court intervened so deeply into contractual freedom as the European Court of Justice has now…In this judgement the ECJ takes up the role of lawmaker in an astonishing way.

Insurance premiums are based on statistics. Women cause fewer traffic accidents than men do, and so they pay lower premiums. Men, by contrast, have shorter life expectancies, and so they receive higher monthly pensions. That’s all reasonable and logical. The European Court of Justice’s decision to ban differentiations between men and women is unreasonable and illogical.

As [the Spanish insurance association] Unespa explained yesterday, putting this decision into practice will mean that both women and men have to pay more. This leads us to the conclusion that equal treatment won’t result in lower insurance premiums and that it will be the consumers who end up paying for the consequences of this ruling.

In the immortal words of the man pictured, “She cannae take it Captain!”