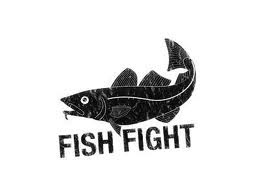 If there ever was a competition for the worst EU policy, the Common Fisheries Policy would probably end up on top. The policy simply has to go.

So it’s encouraging that the EU’s Fisheries Commissioner Maria Damanaki yesterday did the right thing and called for an end to the CFP-mandated practice of throwing back dead fish overboard if fishermen’s quotas have been exceeded:

“I consider discarding of fish unethical, a waste of natural resources and a waste of fishermen’s effort. But I would like to go further – since our stocks are declining, these figures are not justifiable anymore. If we continue with our policy, then we will soon face a situation where the production capacity of marine ecosystems is at risk”.

This is of course hardly a revelation; groups from across society and the political spectrum have been warning about the economic, social and environmental catastrophe that is the CFP for a long time.

To give only a couple of examples of what Europe’s fishing industry has come to under the CFP :

· 1.3 million tonnes of seafood are thrown back every year in the North Atlantic alone, including two out of every three haddock caught to the west of Scotland

· The value of fish that thrown back every year by the Scottish fishing fleet alone was estimated at £40m, resulting in higher prices for consumers.

Momentum against the CFP is building, and the recent “Fish Fight” campaign fronted by TV chef Hugh Fearnley-Whittingstall has brought the issue to a much wider audience, helping to put pressure on the EU for reform. While Damanaki’s pledge is good news, this time it must be followed by concrete action. After all one her predecessors, Joe Borg, called the discards policy “morally wrong” and pledged root-and-branch reform back in 2007, but to no avail.

The common sense void in which the CFP exists is a big reason why hostility to the EU is growing, exemplifying Brussels’ painful inability to reform its policies as the circumstances around it changes (on this one, it’s not the Commission’s fault as a handful member states, most importantly Spain, continue to block reform). It is so detested that it even managed to unite such diverse groups as climate change sceptic Conservative MPs and Greenpeace activists.

Although dumping the discards policy will not solve all Europe’s fishing problems, it’s certainly the right place to start.