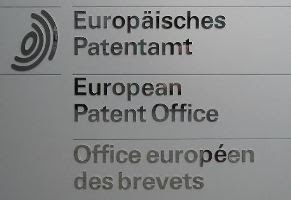 EU ministers and MEPs have done something very sensible: agreed on an EU-wide patent.

The absence of an EU-wide patent is a massive obstacle to growth and innovation in Europe – and a barrier for fledgling SMEs in particular. Given all the regulations pumped out by Brussels every year – many far from essential – it’s surprising that it has taken so many years for EU leaders to agree on something that instantly can have such a positive impact on Europe’s economy and competitiveness. But it’s welcome nonetheless.

Not everyone is happy though. Spain and Italy oppose the proposal, feeling snubbed as the EU patent will primarily be translated into English, German and French (who cares about competitive disadvantages for Europe against the rest of the world, eh?).

Spanish and Italian opposition means that other member states will press ahead with a patent under so-called structured cooperation (which allows at least nine member states to take a proposal forward even if some other countries oppose it).

The benefits of this proposal aside, we now await a rash of media comments on how Spain and Italy will be stuck in the EU’s “slow lane” on innovation. Because, surely, media’s two-speed Europe analogy cannot only apply to the euro?

The Italian government seems to have few regrets, however. El Pais quotes a fuming spokesperson for the Italian government saying that the proposal has been approved “in a worrying and surprising way.” Referring to a pending court case at the ECJ (lodged by Spain and Italy on discrimination gounds), he goes on,

It’s a failure of respect between the EU institutions.

As ever, there’s more to two-speed Europe than what meets the eye.

Regardless, well done EU ministers and MEPs for finally pulling your fingers out.