Is the Miliband amendment a trap? 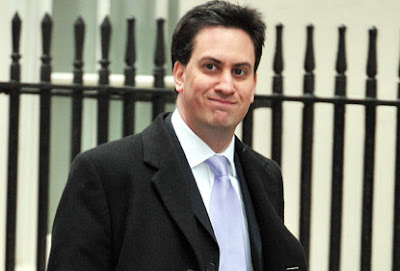 At the eleventh hour, Labour leader Ed Miliband has tabled an amendment that would effectively remove the opportunity for a judicial review of any decision taken by Ministers and Parliament, amid concerns that the power of Parliament might in future be weakened at the hands of judges.

We can certainly see the appeal of this amendment from MPs’ point of view, as it appears to strengthen Parliament. However, the bigger risk is that it – for all practical purposes – simultaneously waters down the referendum lock. MPs should therefore think twice before supporting this amendment.

For what it’s worth, here’s our take:

– Ed Miliband’s amendments to the EU Bill centre on the creation of an “EU referendum committee”.

– This Committee of 19 members would be comprised of MPs and Lords (but not Ministers) who would make recommendations on whether to hold all referenda provided for in all the various sections of the Bill.

– The recommendations would be put to both Houses of Parliament for approval of the Committee’s decision on whether to hold a referendum or not.

– While the creation of an ‘independent panel of Parliamentarians’ to decide on referenda may sound appealing, the Committee’s recommendations would override the Bill’s clauses which would automatically provide for referenda on decisions identified in the Bill, which are the key safeguards against power being handed over from Westminster to Brussels. Only “significant transfers” as decided by the committee and voted on in Parliament would qualify.

– Therefore Labour’s amendments could well have the effect of raising the threshold for holding referenda on transferring powers to the EU.

– Should the government of the day hold the balance of power in the proposed “EU Referendum Committee”, there would be nothing stopping a new EU treaty or treaty change being pushed through Parliament by the government. This could see a repeat of what happened to the Lisbon Treaty, which, as we all remember, was pushed through Parliament, without a public vote, despite the three major parties pledging a referendum on the treaty.