How to prevent bubbles 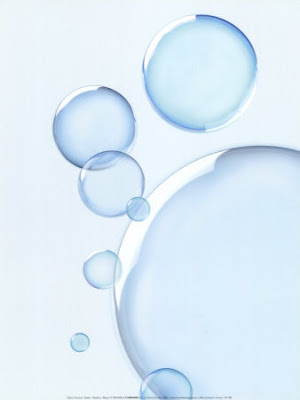 The new year sees the launch of the EU’s new financial supervisors: the European Banking Authority, the European Insurance and Occupational Pensions Authority and the European Securities and Markets Authority. If you haven’t already done so, have a look at our take on the new EU supervisors here.

Green MEP Sven Giegold (Germany), who took the lead on the issue in the European Parliament, seems to be their most ardent supporter. He told German TV channel ARD that the huge structural problems in Ireland’s banking sector “could have been prevented by the new European banking supervisors, thanks to their new legal possibilities”.

Hmmm, a bit of a simplistic explanation, no?

Giegold doesn’t have to look very far to spot the reason why his reasoning is painfully incomplete. In fact, casting his eyes to Frankfurt and the ECB would do the trick.

As often repeated nowadays, low eurozone interest rates, essentially designed for a sluggish Germany, led to an abundance of cheap credit in Ireland, in turn fuelling a property bubble that burst with the financial crisis in 2008, while the Irish government turned a blind eye. The Irish banks became insolvent, and private debt became public debt through bank bail-outs.

Inappropriate interest rates weren’t the only issue, but to ignore the problems they caused Ireland is just silly. Therefore, there are several problems with Giegold’s view:

1. It’s heroic to assume that the EU’s financial supervisors – somehow by virtue of being ran at the EU level as opposed to the national level – would spot the credit dangers looming, and act accordingly. It’s also not clear why EU supervisors would be less vulnerable to commercial or political “hijack” than their national counterparts.

2. Regulators often find it difficult to spot bubbles, not matter where they sit (in the Spectator, Johan Norberg does a good job of breaking down the flawed assumptions underpinning the thuinking ahead of the 2008 crash). Ireland, for example, had been experiencing sound growth since the beginning of the nineties, thanks to some brave economic reforms. Booming house prices could be seen as ‘normal’ in such economic circumstances. It’s not at all clear that the new EU supervisors would possess the kind of competence needed to really dig into the markets, or know where to look (American regulators quite clearly didn’t pre-Lehman).

Having said that, however, in a best case scenario, the European Banking Authority, alongside the European Systemic Risk Board, could in theory serve as important facilitators of information sharing to help regulators/supervisors keep up with new developments, such as the rise of the shadow banking system, and control leverage accordingly. The EBA could also coordinate cases where cross-border banks expose taxpayers and savers in different countries to risks, ideally leading to wind downs of insolvent banks at the minimum cost, rather than more taxpayer-backed bail-outs (solving nothing).

3. But, and here’s the thing, even if the EU supervisors were to spot, say, a housing bubble and stop it (through taxes at the national level and regulating the housing market, for example), the problem of excessive cheap credit, fuelled by low interest rates, would not be addressed. There are other things to spend your cash on apart from houses. If money is cheap, risk-taking is easy. And the more risks the greater the scope for bubbles.

The only effective way to stamp out excessive cheap credit in a boom is to make money more expensive, through higher interest rates. But here the familiar dilemma appears yet again: in a currency union it’s impossible to tailor the interest rates like this, meaning that the EU supervisors can scream “bubble” all they want.