Sacrificed at the altar of the Franco-German axis? 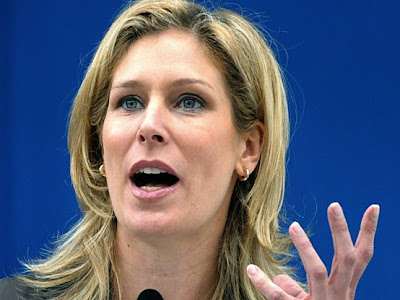 As we’ve noted before, Germany’s attitude to the EU and the famous Franco-German alliance is changing (plug: we will be organising a debate in Berlin next Tuesday on that very topic). Take German liberal MEP Silvana Koch-Mehrin (photo) for example. She is a vice-President of the European Parliament and has been called the ‘European face’ of the German liberals – the junior partners in Angela Merkel’s coalition government.

However, yesterday she reacted fiercely to the agreement that Angela Merkel and Sarkozy reached in Deauville. The deal had the effect of watering down German demands for a stronger Stability Pact to install some fiscal discipline in the eurozone, in return for French backing for a Treaty change. Ms. Koch-Mehrin accused Merkel of having “broken her promise” on tougher rules for eurozone countries which run excessive deficits. Even more interestingly, she said: “I fear that more German taxes are now being sacrificed at the altar of the Franco-German friendship.”

Strong words from someone who certainly can’t be described as a eurosceptic.