If the EU did satellites, they’d probably be… 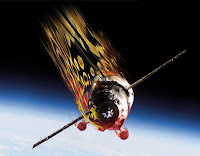 It is hard to think of a better example of how not to run a large-scale infrastructure project than the EU’s Galileo satellite system. In a new briefing we set out the latest cost over-runs and delays to a project that is now expected to be completed a decade late and cost taxpayers over €22bn to launch and run over a 20 year period. In 2000, it was projected to cost taxpayers only €2.6bn (UK taxpayers’ share has gone from £385 million, under the original estimates, to £2.95 billion, under the revised figures).

This is an overspend which could rival with the previous UK government’s handling of the defence budget for incompetence.

The scale of the strategic mistakes made in Galileo’s development is simply shocking. The German government has admitted that “All in all, it is assumed, based on the currently available estimates, that the operating costs will exceed direct revenues, even in the long term.” The reason for the astronomic rise in costs is primarily due to private investors withdrawing from the project, unconvinced by the project’s commercial viability in a market where it is competing with US, Russian, Chinese and now also Indian and Japanese alternatives. Despite this, the European Commission saw a market of potentially 3 billion users and some €275 billion per year by 2020 worldwide. This looks ridicolously optimistic now.

The story behind the Chinese competitor is particularly sobering. Initial Chinese investment in the project was spurned and eventually withdrawn over fears that the Chinese government was a little too interested in the security related aspects of the project. But, due to the delays, China went ahead with its own system using the very radio frequencies the EU wishes to use for Galileo. So the EU is now in the absurd position of having to ask China’s permission to run its secure ‘encrypted’ signal on Chinese frequencies.

With the European Commission’s EU budget review expected tomorrow, we can expect the usual calls for more investment in research and development as a way of modernising and redirecting the EU budget. Spending less money on the CAP and Structural Funds would certainly be welcomed but, on this evidence, the EU’s R&D spending leaves a lot to be desired.