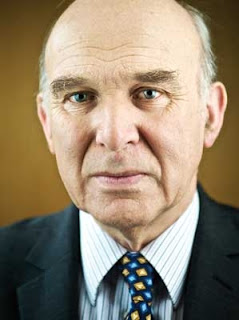 These were the words of Vince Cable today, the first minister from the new Coalition Government to speak in the European Parliament. You can read the full text of the speech here.

Vince was talking, among other things, about the Single Market, suggesting that reinvigorating it did not need a ‘package deal’ to ‘compensate’ people for freer trade – by for example introducing more social legislation. “The pill doesn’t need sweetening, and the sweeteners may also do serious harm,” he said.

In the rest of the speech, he pleaded with the EU to revisit the Doha trade talks and urged Europe to wake up to global competition from countries like China and India.

He concluded his speech by stating the Government’s position on the proposed hike to next year’s EU budget. MEPs, of course, are likely to call for increases above those acceptable to most member states and certainly the cash freeze called for by the UK. Vince said:

At a time when national governments, including mine, are having to make very painful cuts in public spending, no one can understand why the European budget is not being subjected to the same discipline. There is a big backlash on the way, not only in the UK. Can I plead with you to tackle this issue sensibly? Any sense that the European Parliament and Commission are not acutely sensitive to this issue will be seriously damaging.

One has to presume that sending a Lib Dem and not a Tory minister to deliver this message to the European Parliament was not an accident on behalf of the Government. Perhaps the pill did need sweetening after all…