Taking their own advice? 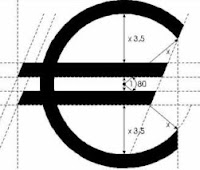 Finance Ministers meet today in Brussels to discuss proposals for strengthening the EU’s “economic governance”, spearheaded by European Council President Herman Van Rompuy and his “task force” on the subject (which so far has failed to convince member states). In parallel with whatever Van Rompuy and the Finance Ministers come up with, the Commission will on Wednesday table its proposals for various measures intended to pre-empt another sovereign debt crisis. These will include sanctions for countries which run unhealthy budget deficits .

According to German daily Die Welt, the Commission is also contemplating the introduction of a “warning system” to monitor wages in member states’ public sectors. This is potentially hugely controversial stuff, depending on what the proposal looks like in the end. Marco Buti from the European Commission for Economic and Financial Affairs explains the rationale: “the wage development in the public sector does of course have a great influence on the economy”.

Fair enough. However, although it’s not entirely clear to us which EU institution will be in charge of deciding when public sector wages are posing a risk to the sustainability of the overall economy under the forthcoming proposal, if Mr. Buti sees the Commission in this role, he might be up against some resistance. Says Buti, “when wages in the public sector damage competitiveness and price stability then the country will be requested [by the Commission] to change this policy.”

Problem is, the Commission isn’t exactly in the strongest moral position to give lectures to member states on public sector pay. EU officials’ salaries are already far higher than the majority of public servants in member states, and the Commission now wants to award its officials three pay rises by 2011, adding up to a pay hike of 5% – at a time when most member states are busy imposing pay freezes and deep cuts. The same reasoning can be applied to the Commission’s drive to make Europe’s various pensions systems more sustainable (including retiring later). Meanwhile, EU officials can retire at 63 with up to 70% final salary pensions, and many take early retirement.

It has been pointed out many times before – by Dan Hannan in the European Parliament last week for example – but it can never be repeated enough times: the mismatch between what the EU institutions preach on public finances and what they practice is mind-boggling.

If member states had the same pay and pension policies as the EU institutions, we fear that they would go bust in no time.