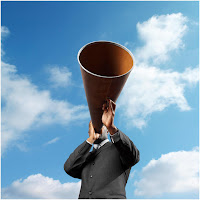 On Friday, the Commission opened up a new fund of €1 million for think tanks and NGOs to further research how to “promote active European Citizenship”.

The €1 million fund comes under the ‘Europe for Citizens’ project, which has a colossal seven year budget of €215 million (2007-2013) and is projected to cost €32.5 million in 2010 alone. As we’ve argued many times before, these kinds of funding streams are shamelessly biased towards groups which more or less share the Commission’s political agenda of further integration and/or defending the EU status quo.

And sure enough, the project description openly admits that also these fresh funds are designed for organisations which promote “an ever-closer Europe”.

The core objectives of this latest proposal include:

(a) to foster action, debate and reflection related to European citizenship and democracy, shared values, common history and culture through the activities and cooperation of think tanks and within civil society organisations at European level;

The emphasis on democracy is not a bad thing, but is, as ever, ironic. Most citizens across Europe don’t particularly want an elite-driven ever-closer union, artificially created by like-minded bureaucrats in Brussels; and most governments in Europe are forced to take tough decisions on spending, including cutting down on vanity projects – knowing that they will face their electorates and taxpayers for every spending priority they make.

This self-reflecting contradiction in the EU’s communication/citizenship/we-are-the-world spending programmes hasn’t dawned on the Commission yet.