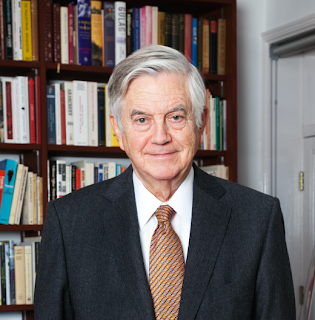 Frits Bolkestein, the former Commissioner for the Internal Market and former leader of the Dutch liberals, isn’t shying away from frank talk. Earlier this year he penned a dynamite article together with Roman Herzog, former German President and Luder Gerken, Director of German think-tank CEP, warning that the EU was at the risk of “completely breaking down” if it did not win back the support of its citizens.

Bolkestein has now taken aim at arch-federalist Guy Verhofstadt, the Belgian leader of the liberal group in the European Parliament. In name, the two veterans are fellow “liberals”, on policy, however (at least on EU policy), they’re poles apart.

In an interview with Belgian magazine Knack on Friday (not online), Bolkestein takes the gloves off, calling Verhofstadt’s proposals for EU taxes and EU bonds “ridiculous”, saying “if they do that, then we don’t know where it will end”.

He goes on to say

Verhofstadt should shut up. I have told Hans Van Baalen, who leads the Dutch liberals in the EP, that he needs to resist [Verhofstadt’s proposals]. They should bring that up in the group, they should not let that happen. They need to tell Verhofstadt: you speak in the name of who? Then he will have to acknowledge that he is only speaking for himself.

On Greece and the Euro, Bolkestein says:

How is it possible that Greece has become member of the Eurozone? Who has been sleeping? I have done my best to keep the Italians out. I have pressed [former Dutch Finance Minister] Gerrit Zalm, although that didn’t take much. In Italy he was known as Il Duro, as Il Perfido. Ah, it hasn’t gone the right way.

Interestingly, he said that one of his three main achievements in politics was that “I have given a different turn to opinions on the EU. I was actually the first eurosceptic politician.” 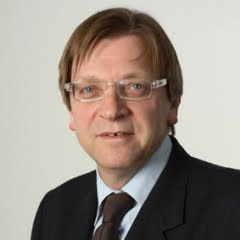 Tough talk. But he’s raising the ever so pertinent question – who are the EU federalists (of which there are many in the European Parliament) actually talking for?