EU subsidised travel? The next step in a Summer’s dream 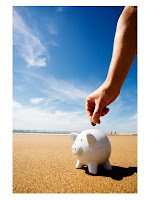 In these rather gloomy (except today) and dark times of recession and gloom, what could be more uplifting than a holiday, to an exotic destination within the EU, subsidised by the European Union. Sounds great huh? Well, perhaps it’s not so uplifting or great when we consider where the cash will actually come from – our less than exotic taxes.

It may strike many as a rather strange ‘initiative’ for the EU to introduce when we consider that most member states are presently stuck in a debt trap deeper than the Spanish caves of Drach. But no, as ridiculous as it sounds, this isn’t a joke. Under the Lisbon Treaty, tourism was brought in as a new EU competence with the aim of boosting the industry.

However, rather predictably, Eurocrats have used the opportunity to exercise their somewhat ‘backward’ understanding of economic theory. Deciding that, rather than stimulating demand for tourism, they will instead create supply. Last month at the European Tourism Stakeholders’ Conference, the Vice-President, Antonio Tajani, announced that “taking holidays is a right”, saying that:

“our unrivalled tourism resources must become fully accessible to those for whom travelling is difficult: the elderly and persons with reduced mobility…young persons and families at a disadvantage who – for various reasons – also face difficulties in exercising their full right to tourism”.

In particular, subsidies would be given for the disadvantaged to travel during the low season to encourage year round tourism flows.

Aside from the economic illiteracy of the ‘initiative’, some may be confused as to why Brussels would champion the right of tourism for all when fighting climate change, through reducing carbon emissions and introducing carbon taxes, is heralded to be a key EU priority. In fact, the EU already pays out for a variety of campaigns urging us to “travel responsibly” such as the You Control Climate Change! and Climate Action schemes.

Of course, this contradictory behaviour is par for the European course. Many will remember the controversial junket taken in March this year when 250 delegates (including 68 members of the European Parliament) jetted off to sunny Tenerife to discuss a variety of issues including the environment and sustainable tourism.