The eurozone’s next problem? 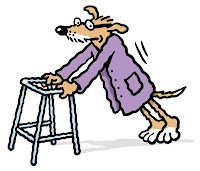 If all the recent events weren’t enough, a story in today’s Guardian poses another question mark against the long-term economic prospects of the eurozone. Germany, the EU’s economic powerhouse and ‘paymaster of the eurozone’, is shrinking and faster than people thought before:

Last year 651,000 babies were born in Germany, 30,000 less than the previous year. With only 8.2 children being born for every 1,000 citizens (compared with 9.3 in 2000), and with 10 in 1,000 citizens dying every year, Germany is nowhere near approaching a replacement rate that would keep the population table.

Eurostat’s current population projections already see Germany falling from 82m to 76m by 2045. The UK and France are set to grow from 62m and 63m to 73m and 71m respectively.

No wonder then that Germany is so desperate for the eurozone members to get their budgets in order – there is a huge social security bill heading their way and far less people to pay for it.

And, for those who still harbour a desire for the UK to one day join the eurozone or suggest that the UK risks being marginalised in Europe, compare the stats for the UK: the ratio will rise from 25% now to 37% in 2045. Not great, but far better than elsewhere.

While the UK still faces major challenges, such as paying for its bloated public sector pensions and reducing the alarming deficit, in 2045, the UK should be where the economic action is. This will be hard for others to ignore and should spur the UK to be more confident about setting out an alternative vision for the EU.