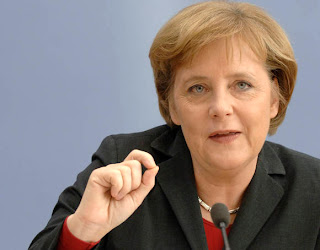 The Commission has today presented plans to tighten up budgetary supervision and oversight in an attempt to avoid a repeat of the current eurozone crisis in the future (i.e. making up for the obvious and fundamental flaw of the eurozone, which is that monetary union cannot exist without economic and political union). “We want governments to send their budget outlines to for review before they are approved by their national parliaments,” EU Economic and Monetary Affairs Commissioner Olli Rehn said today. “We can then see early whether a country is adhering to the Stability and Growth Pact. If not, we would intervene.”

However, the Commission has also said that it wants to “expand economic surveillance beyond the budgetary dimension to address other macroeconomic imbalances, including competitiveness developments and underlying structural challenges.” This jargon-laden sentence represents a victory for the belief, long-held by the French in particular, that the eurozone should coordinate not just monetary and fiscal policy but also create a genuine economic union/government. The Commission says:

Looking at the euro area as a whole and on a country-by-country basis, the Commission would assess the risk of all possible forms of macroeconomic imbalances that jeopardise the proper functioning of the euro area…The Council, with only euro-area Members voting, would invite the Member State(s) concerned to take the necessary action to remedy the situation. Should the Member State(s), within a stipulated time frame fail to take the appropriate measures to correct the excessive imbalance, the Council, with a view to ensure the proper functioning of EMU, could step up the surveillance for the Member State concerned and decide, on a proposal by the Commission, to issue precise economic policy recommendations. Where necessary, the Commission would use its possibility to issue early warnings directly to a euro-area Member State.

This, in effect, means using the EU’s institutions to encourage/force eurozone states to adopt economic policies that fit not just economic but also political aims – an anathema to the doctrine of low inflation, price stability and frugality engrained in the German public’s psyche.

As many people have pointed out, improving competitiveness and employment in the periphery eurozone states such as Greece, Portugal and Spain is not just a one-way street of lowering wages in these countries but also increasing domestic demand in Germany for these countries’ goods and services. French Finance Minister Christine Lagarde infuriated Chancellor Merkel earlier this year when she said,

“Clearly Germany has done an awfully good job in the last 10 years or so improving competitiveness. When you look at unit labour costs, they have done a tremendous job in that respect. I’m not sure it is a sustainable model for the long term and for the whole of the group. Clearly we need better convergence. While we need to make an effort, it takes two to tango.”

Merkel’s response was to immediately rebuff any idea that Germany should do more to boost domestic demand:

“The problem has to be solved from the Greek side, and everything has to be oriented in that direction rather than thinking of hasty help that does not achieve anything in the long run and merely weakens the euro even more.”

To add insult to injury, the proposals tabled by the Commission will be decided by majority voting, meaning that Germany could be outvoted and be asked to revise its budget. We can’t see that there’s anyway Germany will accept this. The German public has already been asked to stump up a €123bn bailout package and swallow a growing politicisation of the European Central Bank, with its decision to start buying government bonds. But it seems the Commission, backed by the French political elite, has kept pushing.

There surely comes a point when Germany has to push back.