Too much information Denis 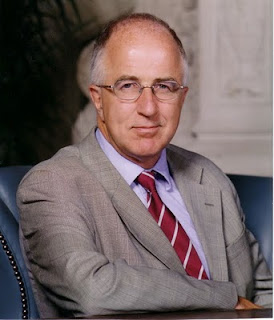 In the category “too much information”, we bring you a story from former Labour Europe Minister and über -europhile Denis MacShane. Keen as ever to convince the world that a Tory victory in the general elections will end Western civilization as we know it, he apparently shared the following – somewhat disturbing – tale with Italian newspaper Il Sole 24 Ore:

When [David Cameron] was running for the party’s leadership, I met him accidentally in the locker room of the House of Commons, while we were having a shower. I had gone jogging, while he [David Cameron] was back from a bicycle ride. I told him: ‘David, once you become a leader you have to give up one of the ideological pillars of your party, like all great statesmen do. Margaret Thatcher and Tony Blair did. I wish you will get rid of all those suspicions towards the EU’. He stared at me and said: ‘My dear Denis, I’m much more Eurosceptic than you may think’.

Okay, we get it. Europe should brace itself for the most isolationist Western leader since James Monroe (slight touch of irony there).

But did we really need to know about the shower, Denis?