Would you trust this Miliband? 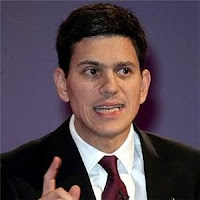 With the election only two weeks away now the country has turned poll-crazy as we rate the stars, ahem, politicians with every twist and turn of the election horse track.

The latest intrigue from the poll-vine comes from an interesting study released in yesterday’s FT, by market research firm Harris International. It reveals that David Miliband is one of the least trusted politicians in the UK, with a whopping 38 percent of people saying that they ‘distrust’ him in contrast to the scant 12 percent who ‘trust’ him.

The surprise must come as quite a blow to Labour’s wonder child, and to the party who widely tip him for future leadership. The question remains, what has Miliband done to upset the voters?

We think this poll shows that the public remember oh too well the failed promises that Miliband, and the Labour party, have offered and taken away from us over the years.

In his role as Foreign Minister, Miliband promised to put an end to the UK’s role in overseas torture cases, but instead ended up publishing guidance as to how to interview detainees overseas. He also presided over the financial scandal that saw the Foreign and Commonwealth Office lose vast sums of cash after the budget was left unprotected from exchange rate changes.

By also leading the defence on the Treaty in the Commons (which a clear majority of the British people didn’t want) Miliband is very much synonymous with the whole insult to democracy that the Lisbon episode involved. It’s no wonder then that the people don’t trust him.