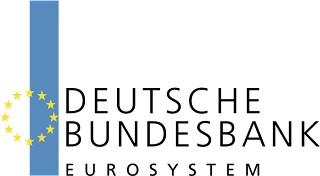 Following its succesful campaign to pressure Ireland into signing the Lisbon Treaty, the EU elite now seems set on an even bigger task: forcing Germany to accept a bailout plan for Greece. A range of selcted EU leaders hope that Germany will give in at the EU summit later this week.

So far, Chancellor Angela Merkel has (at least in public) resisted EU pressure to open her purse. She has even been forced to instruct her Finance Minister Wolfgang Schäuble to calm down a bit, as Herr Schäuble has proven a bit too enthusiastic about signing up to a Greek rescue plan.

Interestingly, Handelsblatt today reveals that Schäuble’s proposal for a European Monetary Fund – which would serve as a long-term solution to the eurozone’s woes – was not checked with Merkel beforehand, which apparently now has created a rift between the two. Go figure.

Apart from the split within the government itself, the country’s central bankers also seem to have a bit of a beef with the politicans in charge. Througout modern German history, the Bundesbank and the Federal Ministry of Finance have often clashed, and the Bundensbank is certainly not making life easier for German politicans at the moment.

In its monthly report, the Bundesbank pointed out that it is not within the IMF’s mandate to help countries to finance their excessive budget deficits. “The IMF’s mandate stipulates that it may only use its foreign-currency reserves to bridge short-term balance of payments deficits”, the bank claimed.

Given the stakes (a Greek default), publicly resisting an IMF solution (which would be the least painful option for all concerned in our view) seems a bit risky. The Bundesbank must be very confident that Greece will manage to cut its budget deficit, despite not being able to devalue because of its euro membership, and despite not being able to recieve affordable loans (since that’s not within the mandate of the IMF, according to the Bundesbank’s logic).

Is it implicitly advocating the solution which involves voluntary bilateral loans from eurozone member states? Or maybe it has a different solution in mind? Interestingly, the Bundesbank also pointed out yesterday that it saw the expulsion of a eurozone member as fully possible, since the Lisbon Treaty neither mentions such an option nor excludes it…

Axel Weber, who is now head of the Bundesbank, deserves credit for his boldness (but we’re not sure his high profile will help his bid to become the next ECB President).

With an internally split Government, a more assertive Bundesbank and with the meticulous judges at the Karlsruhe court waiting in the wings, this plot is certainly thickening.

Does anyone still believe that Germany is a unitary actor in EU affairs?