The Commissioner for Everything 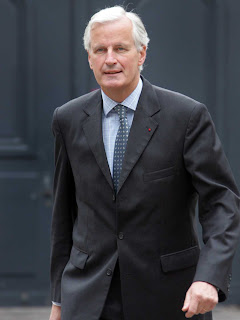 Michel Barnier – the man who was handed the crucial Internal Market portfolio in the Commission following a complete miscalculation by Gordon Brown – is definitely on the move. The job as the entire Single Market’s (and the City’s) Chief Regulator doesn’t seem quite big enough for him. Barnier wants more.

Before Christmas he said that he would make sure to “give his opinion” on EU farm policy to the new Commissioner for Agriculture, Dacian Cioloş, insisting on the need to “preserve farm regulations because feeding people is not a service like any other”.

And in thinly veiled criticism of Catherine Ashton’s decision not to go to Haiti following the earthquake, he now seems to be setting his eyes on the Commission’s foreign policy portfolio as well. On his blog Jean Quatramer reports from a press briefing with Barnier on Wednesday.

After having refused to criticise her directly: [Barnier] let slip a poisonous remark during a press lunch earlier: ‘when the tsunami hit in December 2004, I immediately made myself available’. At that time, he was Chirac’s Foreign Minister. Barnier added that at the meetings of the 27 European Commissioners, he would put constant pressure on the leader of European diplomacy (who is also the Vice President of the Commission) on ‘issues of foreign policy and defence’, implying that there is work to be done.

It seems that for Mr Barnier the world is not enough..