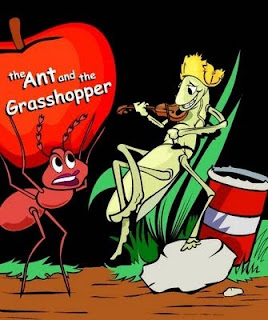 There has been no shortage of stories recently about the troubles looming in Eurozone countries Greece and Spain. These problems have now prompted Angela Merkel to call for direct EU intervention in the economic and social policies of highly indebted countries in the Eurozone, thereby marking a highly significant shift in German policy.

As German daily Handelsblatt notes: “until now, Germany had always defended national economic sovereignty and rejected stronger European coordination of economic policy in the Eurozone”. The German Chancellor, says the article, is conscious that any such moves “would diminish the national sovereignty of member states”. Yesterday, the EU followed Merkel as it was reported that “the EU has put its member states on a leash”, referring to how Commission President Jose Manuel Barroso has called for binding “quality control” on member states’ budgets.

Only two weeks ago, Ambrose Evans-Pritchard observed that the ECB had begun to turn off the liquidity tap:

“The move to knock away emergency support for banks is likely to hit some countries harder than others, creating intra-EMU tensions between North and South. There are particular worries about Greece and Ireland, where banks have relied massively on ECB support because they cannot raise money cheaply on the open market. The ECB has let them use a wide range of low-grade mortgage debt as collateral for loans. Private markets are unlikely to be so forgiving, raising the risk of a roll-over crisis for weak lenders.”

Now, he notes that “the eurozone’s weakest link starts to crack”, and, “Without wanting to rehearse all the pros and cons of euro membership yet again, or debate whether EMU is a ‘optimal currency area’, there is obviously a problem for countries like Greece that were let into EMU for political reasons before their economies had been reformed enough to cope with the rigours of euro life – over the long run.”

However, some countries are not keen on the idea of a cross-border bail-out. Finland and Sweden oppose giving financial support to Greece. “The EU cannot help, that’s part of our rules. They were established to let member states take care of themselves”, said Finnish Finance Minister Matti Vanhanen. And Vanhanen is absolutely correct – as we’ve argued before.

Last week Edward Hugh asked, “How far is it the responsibility of richer and economically healthy states to continually come to the rescue of those who insist on doing nothing to improve their own situation?”

On the wider point about eurozone membership vis-a-vis reform he noted:

“Rather than acting as a stimulus to deep economic reform, Euro membership has rather acted to reward those countries who would get into more and more debt, with ever less sustainable economic models, by supplying them with funding at far cheaper rates of interest than the markets would otherwise make available.”

If you don’t believe him, check out what the EU President himself, Herman Van Rompuy, who was one of the key figures behind Belgium’s entrance into the Eurozone in the nineties, has to say on the issue. Looking back on Belgium’s experience with the Euro, he wrote in 2007, in his book “In search of wisdom”:

“The monetary pressure in Belgium has fallen away with the disappearance of the Belgian franc. This because the euro is standing far from us and is moreover very strong in recent years. The absence of that external pressure makes it extra difficult for the government to act. Without those sticks behind the door, society easily sinks away in reform fatigue. In a couple of countries around us, economic fate has however hit so hard that fundamental reforms have been carried out. But politics in a democracy needs that pressure. Sad, but it is like this.”