Say what you see 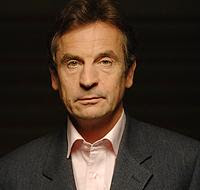 Strong stuff coming out of the Lib Dem conference in Bournemouth today… Hat-tip Spectator Coffee House Blog.
Chris Davies MEP gets worked up over the issue of politicians fiddling their expenses:
“I hate the dirty, cheating b******s, who have taken every opportunity to fill their private pockets with public money. I despise them for dragging down the reputation of my Parliament and all its members. I want them exposed. I want them punished. I want them thrown out.”

We don’t know exactly who he’s referring to but in the past he has singled out disgraced ex-Conservative MEP Den Dover, who apparently still owes the taxpayer £500,000 in “unduly paid expenses”, saying that some people see him as “no better than a thief”.

Davies’ comments are a useful reminder that the problem of MEPs and their expenses is still to be resolved. Since July MEPs have been governed by a new Members’ Statute, governing rules on expenses and allowances for MEPs, which offers some very small improvements.
For instance, whereas in the past, MEPs did not have to produce a single receipt for the more than £360,000 available to them every year in allowances (on top of their salary), MEPs must now produce receipts for one chunk of that, which is their travel expenses (although the rules now state that all travel can be by business class). As well as that, MEPs’ staff in Brussels are now directly employed, and paid for, by the European Parliament.
MEPs may also no longer employ direct family members (although if they were already working for them in July, they may carry on working for them).
But office expenses and the daily subsistence allowance are still available without receipts – effectively leaving huge amounts of money going straight into MEPs’ pockets every year, with no check on how that your money is being spent.
Outrageously, as recently as March this year, MEPs voted to exempt documents which detail how much they are claiming in expenses, and what they are claiming for, from public information requests.
Full credit to Chris Davies – he is one of avery few MEPs who has consistently encouraged and voted in favour of greater transparency in the European Parliament (he voted against exempting documents relating to MEPs’ expenses, along with about a quarter of UK MEPs).
Just like at Westminster, the Brussels (and Strasbourg) system needs root-and-branch reform, as we’ve spelled out before.