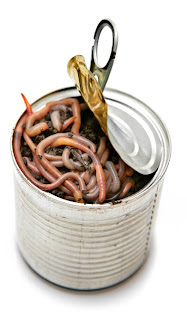 We’ve just come across another hugely significant ruling by the European Court of Justice on the EU’s Working Time Directive (WTD), which slipped largely under the radar last week. HR magazine People Management has the story.

Essentially, in the latest Pereda v Madrid Movilidad case, the EU judges’ ruling opens up the possibility of employees ‘reallocating’ their annual leave if they are struck down by ‘illness’ while on holiday.

The employee in the case, Vicente Pereda, was injured shortly before his annual leave was due to start but his employer refused a request to move his holiday. The Court ruled that this was illegal under the WTD. Lawyers have warned that there is now no reason in principle why an employee whose holiday had already started could not claim the right to reallocate leave, if they were entitled to sick leave at the same time.

To call this a can of worms would be a gross understatement. How would employers be expected to police this in practice? Fly ‘compliance officers’ to the Costa Del Sol to verify a bout of food poisoning at the hands of a dodgy paella?

But there is a wider and more serious point about EU law here – that at the hands of the ECJ judges it can take on a life of its own.

Since the WTD was agreed in 1993 the ECJ has continuously extended the Directive’s reach, ruling against national governments and increasing employment costs to both the private and public sector.

In November 1996, the EU’s judges in Luxembourg ruled against the UK Government by determining that the WTD’s legal base fell under health and safety rather than social policy, meaning the UK no longer retained its veto (which existed at the time).

In October 2000, in the ‘SiMAP’ ruling, the ECJ decided that time spent resident on call in a hospital or other place of work should count as working time, even if the worker is asleep for some of that on-call time. This has had a huge impact on the NHS, for example, as resident on-call doctors’ hours were slashed.

In June 2001, the ECJ ruled that the UK was in violation of the WTD’s provision on annual leave.

In April 2003, in the ‘Jaeger’ ruling, the ECJ ruled that rest periods entailed in the WTD have to be taken immediately rather than within a “reasonable time” if the minimum rest period has been interrupted by an emergency. This causes huge problems for the rota system at British hospitals and the British Medical Association estimates that the effect would be tantamount to losing between 4,300 and 9,900 junior doctors.

In March 2006, the ECJ ruled that British firms that pay workers in place of their holiday entitlements – so-called rolled up holiday pay – were violating the WTD.

In September 2006, an ECJ ruling found that UK Government guidance on rest entitlement was incompatible with the WTD.

In January 2009, European judges ruled that employees on long term sick leave must remain entitled to annual statutory holiday pay upon their return to work. This means that staff can take their annual holiday built up while at home as soon as they return to work.

For more of our thoughts on the WTD, see here.

Now, one can debate the merits of each of these individual rulings but what is surely not in doubt is the immense power vested in the unelected ECJ to extend and interpret EU law as it sees fit. The ECJ is able to drive policy almost at will and yet it answers to no-one .

If only UK ministers had known that by signing the WTD all those years ago, they were creating their very own Frankenstein.